Utterly butterly: My favourite 5 French idioms all about butter 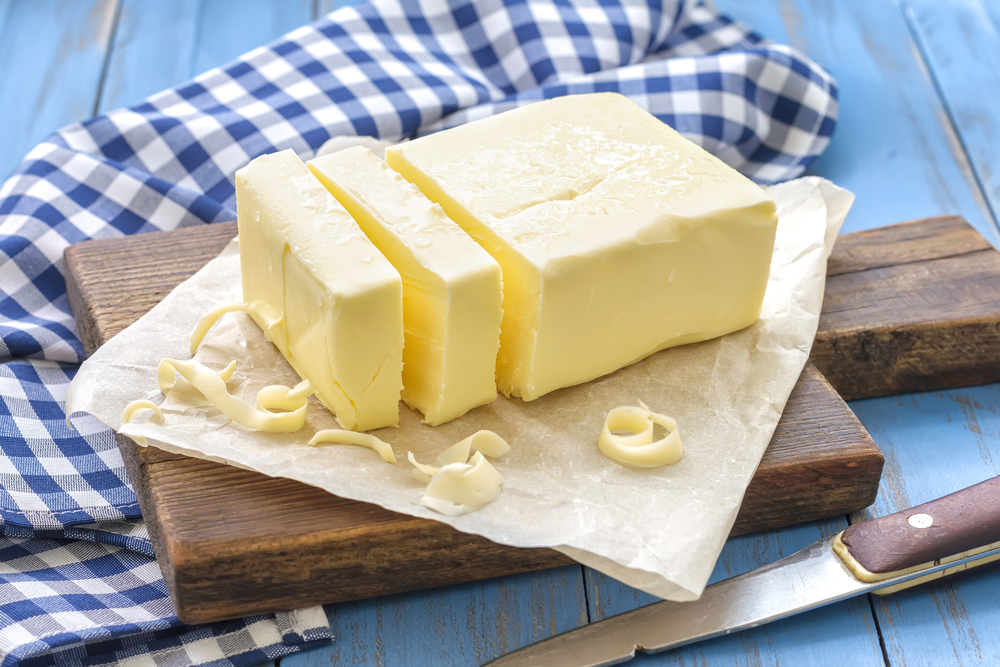 The main rule of French cuisine is that everything tastes better when smothered in butter, absolutely everything! Do you know why the French (and myself included of course), actually eat escargots? This chewy piece of rubber merely serves as an excuse to fancily sip on tiny cups full of buttery extravagance. So, if butter can actually turn slimy snails into a delicacy, I think it’s high time we paid tribute to this godsend of food… with language! Here’s a list of my favourite butter-related French idioms:

This French idiom stems from the outdated expression “de beurre” (made of butter), used to describe something worthless. Butter? Worthless? How dare you?!

Historically speaking, the French upper class only went crazy for butter during the 19th century: before that, this product was extremely cheap and only consumed by the lower classes. Therefore, if something “counts as butter”, it is worthless. This expression has childish ring to it, so please refrain from using it for your business meetings.

It is actually a 2-in-1 expression that can also be used interrogatively to voice your frustration from being left out of conversation: “Et moi, je compte pour du beurre?!” literally this means “What about me?! Do I count as butter?”, which is similar to “What am I? Chopped liver?” in English.

Have you ever been annoyed at someone’s nosy questions? Well, this is the perfect comeback in French. The core idea is that it is quite rude of someone to ask about a close relative, like a sister. In other words, if you knew a thing or two about politeness, you would not ask such a question.

This expression is the result of a two-step process: albeit it first appeared at the end of the 19th century, it only consisted of “Et ta soeur?”, which could be roughly translated as “It appears to me that you are crossing the line, my good man.” For improved effect, “elle bat le beurre” was later added as a rhyming device that rolls off the tongue quite nicely, turning this saying into pure gold. There was absolutely no need to do so, but we just can’t help it: butter improves everything.

Behold the best invention of all time:

What is a “fil à couper le beurre”, you might ask. I was actually shocked to hear that this nifty device was not a thing outside of French borders. It does exactly what it says on the tin: it’s a very simple device used to slice blocks of butter.

You can figure out from the picture that it didn’t take much effort to come up with a metal wire wrapped around two wooden sticks. So, if you assume that someone is not even able to come up with such a simple piece of engineering, you are implying that he’s not “the brightest crayon in the box”.

So why not build your own “fil à couper le beurre” to impress at your next dinner party?

A “petit beurre” (small butter) or “p’tit LU” is a famous French biscuit created at the end of the 19th century by Lefèvre-Utile, a leading manufacturer usually referred to as “LU”. Owing to its distinctive taste and shape, this product has since become an evergreen that is still to this day every French kid’s favourite snack.

This does not really explain why, after a long night at the pub, one of your friends might say that you are “full of butter like a biscuit”. No, even French butter has its limit: it does not make you tipsy… unfortunately. But the word “beurré” (full of butter) sounds very similar to the word “bourré” (full of alcohol), especially if you try to pronounce it after a few pints.

Have you ever noticed that a drunken person shares certain similarities with a big chunk of butter? Well the French have! This French idiom suggests that both are somewhat greasy and have a tendency to be soft or “mou”, which in French is a synonym for slow.

Ever since the French upper class realised the full potential of butter, it has become a symbol of wealth, and there’s no denying that it is extremely ‘rich’! Putting butter in one’s spinach refers to a source of extra income helping to make ends meet. In other words, having butter (or money) improves your spinach (or living conditions). See, everything tastes better when smothered in butter, even life itself!

For more food for thought, check out our blog post German idioms: It’s all about the sausage.