To be continued … creative writing exercises to nurture translation talent 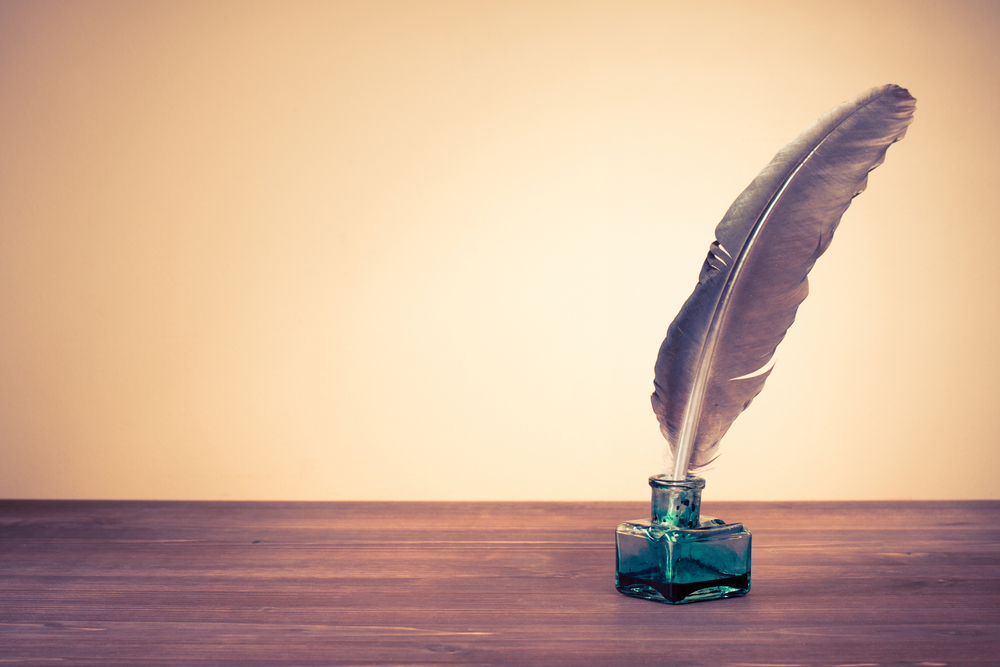 Inspired by the concept of Feeding – a brilliant idea from the copywriting power house that is Stranger Collective – we recently introduced a ‘creative final hour’ in our office. Every Friday, we like to use the last hour in the office (or out of the office!) to actively broaden our horizons, research language-related topics, share our linguistic knowledge and get involved in some creative writing exercises … a fun way to further improve our writing styles, explore new vocabulary and generally get the creative juices flowing.

I am always impressed by the excellent level of English that our non-native translators produce, and by their sheer creativity, so I thought I’d share some of our musings. This first story is written by Caro, our current translation intern from Luxembourg. She used a ‘random first line’ generator on writingexercises.com to give her the beginnings of a sentence and then she had 30 minutes to write a short story. Her story is a nod to one of her favourite authors, Jasper Fforde.

He didn’t want to go out on such a night but then they were only in town for one day. Who’d have thought that the dodos would be coming to this tiny hamlet – of all places. But the posters on the wooden lampposts confirmed it: “Dodo Day in Donkington-on-Dobbles”.

He looked around his place; was there anything that he could take for the dodos? He knew they liked fudge. But you weren’t allowed to give them any of that, as it would make their beaks all sticky. And dodos are of course notorious for their aversion to bath time. There were some nurdles that he’d collected at the beach the other day. He’d take those. Maybe the dodos liked all the different colours. They could even use them in their nest-making. So that was settled then.

Off he went to the marketplace, where the big tent had been set up. The entrance was right next to the central fountain, the one with all the koi in it. A woman with white hair was sitting on a small plastic chair at a small plastic table in front of the big red tent. Apparently she was the designated doorkeeper for the night. A roll of faded pink tickets and a cigar box were placed on the table in front of her. He held out a handful of coins and she picked out a few ducats. Then she tore off a ticket and handed it over to him. He took a look at it. It said: “MINI GOLF – One Person – Not transferable”. He looked at the white haired lady: “Erm … ‘xuse us – why does it say ‘Mini golf’ on this ticket. I was under the impression that this was the dodo tent.” “’Tis” was all she said. As he continued staring at her, she expanded her answer: “It’s an interactive show.” He decided that continuing to stare at her was not a good idea anymore now. He blinked a couple of times instead. The white haired lady seemed to catch on to the fact that he was a bit hard of understanding, so she went on: “You get to see the dodos, the dodos get to watch you play mini golf. It’s a win-win situation.” He thought that at that point their conversation had found its natural end, so he thanked her for the ticket and turned towards the tent. At least her explanations gave him some food for thought while he was waiting for the tent to be opened up. TO BE CONTINUED …

Another Friday, another instalment of Caro’s story:

Outside the cabin, the wind howled through the trees, while inside, the old woman’s fire was nearly out. If she found enough firewood, it would keep her warm for the rest of the night and possibly until midday the next day. So she hopped into her woolly loafers and headed outside. As soon as she had opened the door, a fresh gust of wind blew into her face. It carried a nice, sweet smell that she tried to identify. Candyfloss! She could not remember when she had last smelled candyfloss. Probably the last time she had gone to the village fair – might have been well over a decade ago. And where was this scent coming from? She looked towards the village, which lay at the foot of the ben where her little cabin stood. Something seemed to be happening in Donkington. She could make out a big red something where the marketplace was. Only the center of the village was illuminated. The outskirts were slowly being devoured by the encroaching darkness. The good burghers of Donkington must have left their houses to have a look at the big red something in the marketplace. Should she…? It was awfully cold and she really did not want to go out on such a night, but if there was an event in the village, chances were that there would be a few cosy fires on the go.

So that was settled then.

When she arrived at the marketplace, she realised that what she had seen from the cabin was a big red tent stretching from the bakery all the way to the koi-fountain. There was a young man standing right next to the entrance of the tent. He looked like the sort of fella who would know what goes on in big red tents that pop up out of nowhere in the middle of the night and keep you from going out to get firewood. She would ask him. TO BE CONTINUED…

Another Friday, another instalment of Caro’s story – the penultimate chapter:

The urge to interrupt him before he had finished was overwhelming. But the old woman thought it would be impolite to approach the young man straight away, as he seemed to be busy alternately staring at a slip of paper in his hand and squinting into the middle distance. He eventually turned on his heels and sat down on the edge of the koi fountain. That was her cue. She walked towards him, past a woman with white hair who was sat at a little table and playing a game of Patience. Before she could reach him though, she noticed an advertising poster that was tacked to the tent cloth.

She took a closer look. “Dodos…” she murmured. It had been years since she’d heard them mentioned. Of course, when she was a child, they’d had loads of dodos at their place. Her favourite had been Bobo – not her choice of name, she always hastened to add. If she’d had the choice, she would have called him something nice, like Percivall. But she had gotten Bobo – name and all – from the local bakery. That is to say, Mrs Doe, the baker’s wife used to own Bobo when he was little. But Mr Doe soon got fed up with him, as he had to throw out too many pies and pastries that had dodo-footprints on them. So the old woman’s parents (she wasn’t an old woman at the time, she was actually a young girl back then) had adopted Bobo. The family already owned some fifty dodos who were roaming freely in the grounds around their mansion. One more or less wouldn’t make a difference.

And now there were Dodos once again. TO BE CONTINUED…

Here we have the final instalment of Caro’s story! Caro will be heading back to Heidelberg University this week and she will be sorely missed here at AJT:

It was just for one night. This might be her last chance to see them – because she was getting on a bit, if she was honest.

“Are you going to go see them?” It was the young man who was sitting on the koi fountain. The old woman put on her thinking face. She had been asking herself the same question and had known that she would not be able to make up her mind. So use of the thinking face was designed to delay things at least a little bit longer. But the young man continued on his quest for an answer or conversation or whatever he was looking for. “There’s minigolf as well!”, he said enthusiastically. He tried this strategy now; if he pretended to know what he was talking about, then maybe the ensuing conversation would give him some clues as to the nature of the show that he was letting himself in for. “Minigolf!”, the old woman said in surprise. “Well, I suppose then I should really, shouldn’t I?” She had no idea what the young man was talking about. Probably one of those new things that young people got up to. Unwilling to show her ignorance of those things, she decided to go along with it; she would find out eventually what the young man was talking about.

So the young man’s strategy had not quite worked out for him.

“Lady and gentleman…”, the white-haired woman interrupted. She apparently had finished her card game and was now standing at the tent entrance, with both hands on a big red bobble, attached to a long string dangling from the entrance. “… the show is now ready for you!”, she said. The old woman and the young man looked at each other. They were the only people standing at the entrance of this big top. Was no one else going to see this show?

The white-haired woman pulled at the bobble.

The old woman and the young man entered the tent. THE END

Would you like to spin a yarn and continue the story? Use the random line generator and put pen to paper… it’s good fun 🙂