Are you looking for professional Dutch translation services? Do you need to translate your website, marketing material or other types of content into Dutch? Hallo en welkom! We’d love to help!

The Dutch economy is the seventh largest in Europe, so it’s easy to see why many companies see the Netherlands as an important export market.

As translation and localisation specialists for Europe, we translate a wealth of content from English into Dutch every day. In fact, each month we translate around 100,000 carefully considered words into Dutch for some of the world’s biggest brands.

We exclusively work with professionally qualified translators who are Dutch native speakers. All translations go through a second proofreading step to ensure the final translation is fully print and web ready.

You will work with a team of Dutch experts. As Dutch native speakers, we don’t just know how to translate. We know the Dutch market. We know the Dutch culture. We can advise you on best practices for localising your content into Dutch.

Our close-knit and trusted team of Dutch freelance translators allows us to scale up on demand and deliver large translation projects with short turnaround times. 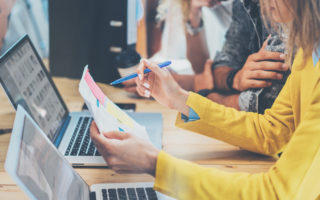 Would you like to find out more about our Dutch translation services? Contact us today – we’d love to help.