Stranger things have (never) happened on a steam train: a review of Strangers on a train 2017 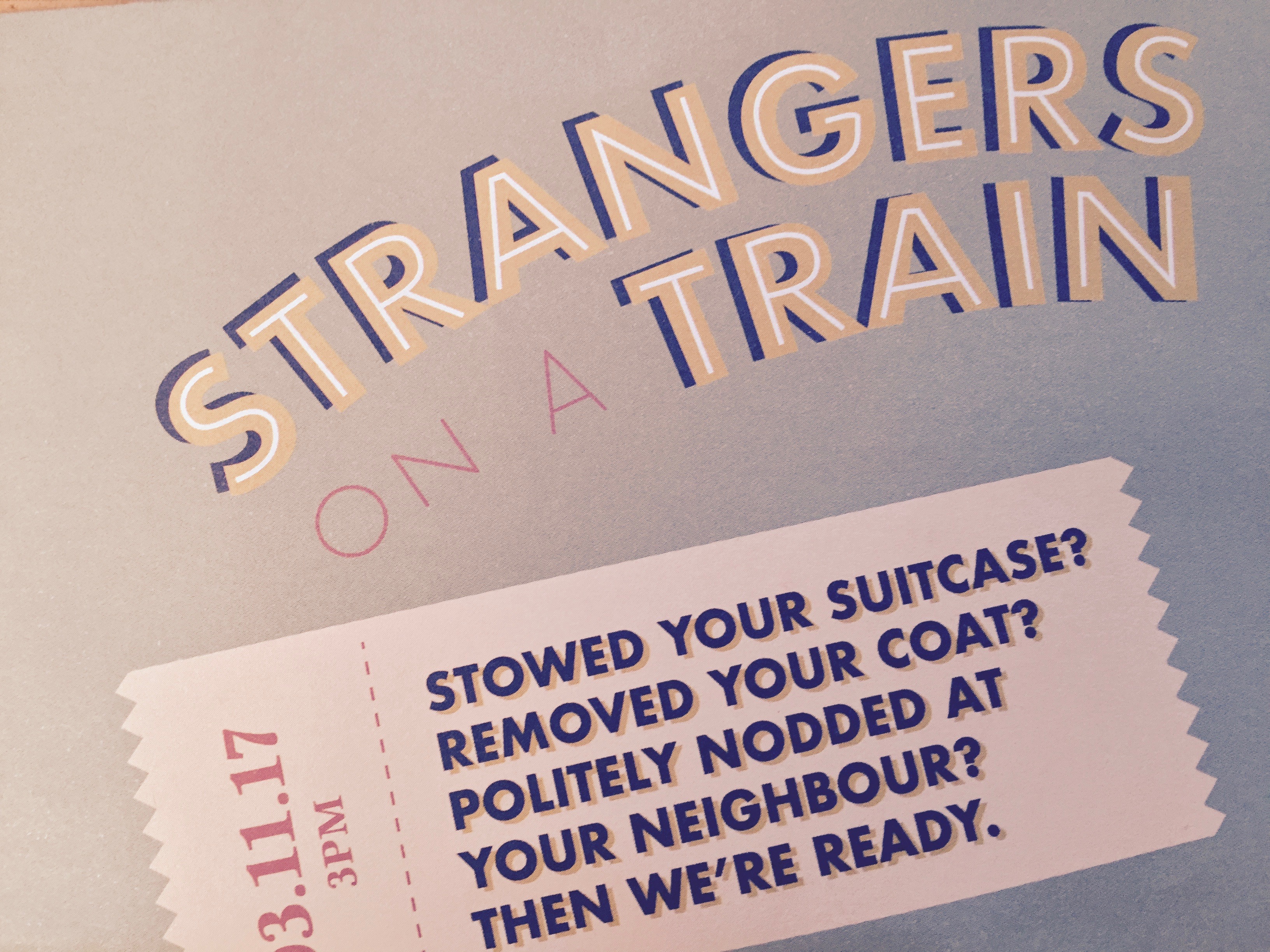 I have to start with an admission: I have a bit of a professional crush on the Stranger Collective.

Ever since we first had the opportunity to collaborate with the copywriting geniuses at Stranger, translating their beautifully crafted blogs for Coca-Cola’s Think Positively Collective into five languages (this was way back in 2010 and our very first multilingual project), I’ve admired their ability to produce outstanding and ever-fresh content.

Here at AJT, we translate anything between 200,00 and 400,000 words into German and French each month, and in the process of dissecting someone’s written words in one language and reconstructing them eloquently in another, we have come to really appreciate ‘good content’. Content where each individual sentence makes sense on its own, and then effortlessly and logically links in with the next. Intelligent content that engages and tickles one’s interest to read on.

But apart from being the oh-my-god-I-wish-I-could-write-as-amazingly-as-you content creators, Strangers also know how to put on a good event. The kind of event that gets your synapses firing, that makes you think about your own life and passions, and that inspires you to [insert your own lightbulb moment here].

Having attended the magical Raft event in 2014, otherwise referred to as “a lifeboat of fresh thinking in the sea of the ordinary” (you can read a lovely review about the event here), I was chomping at the bit when I received an invitation to Strangers on a Train, a one-day micro ‘thought festival’ that promised to spark new creativity, collaboration and intrigue. 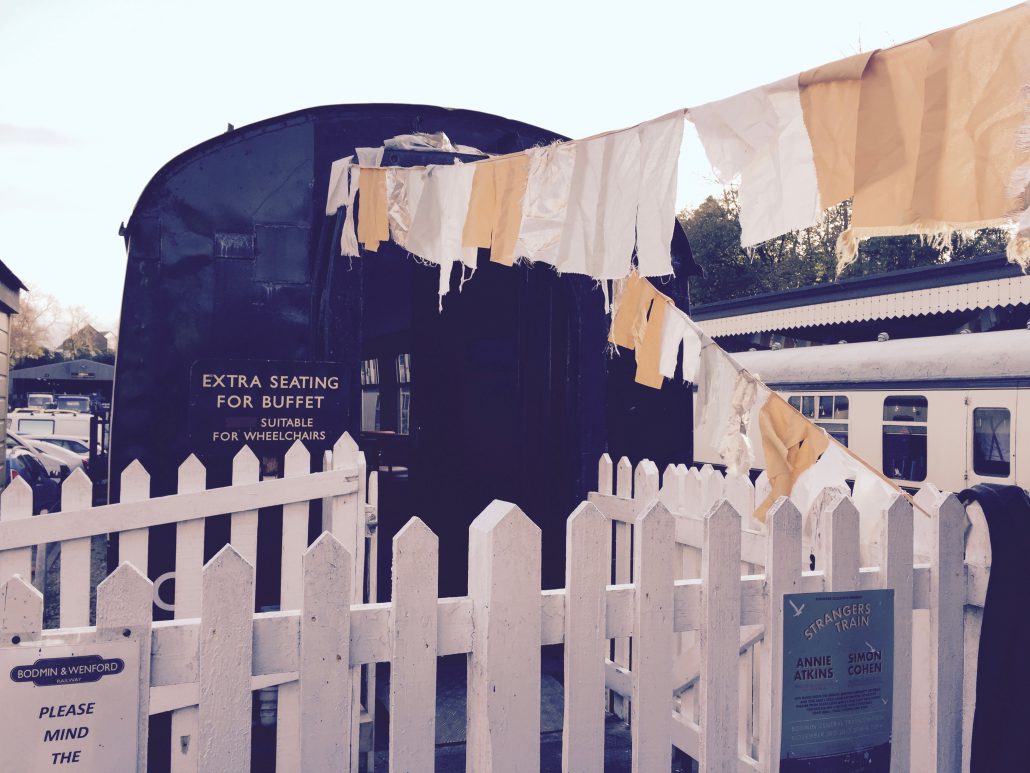 Set on a vintage train and inspired by 1930s fashion, Strangers on a Train was an absolutely magical experience. From professional actors reading short stories to a make-up artist adding a dash of period-appropriate sparkle to your face (including a mini massage!); from a quiet carriage to learn about the important work of Children in Crisis to a mini disco; from a delectable Tarquin’s gin and tonic (courtesy of Sharp’s brewery) to melodic musical renditions, each of the train’s compartments was a little mini story in itself. 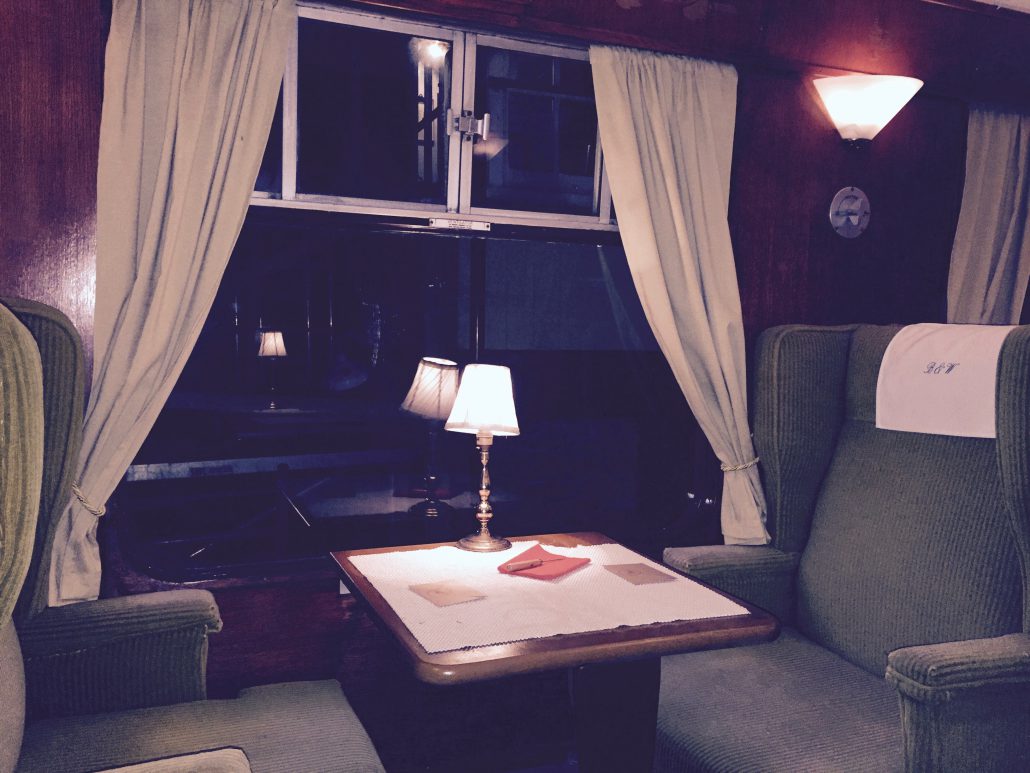 But there were also inspiring talks. Simon Cohen, founder of Global Tolerance, a communications agency with a conscience, talked about the importance of optimism and how we can lead more fulfilling lives when we focus on other people’s happiness. That ‘good luck’ isn’t something that ‘happens to us’ but something that we help to make happen by taking proactive, and sometimes even brave, steps.

In another carriage, Annie Atkins, a graphic designer for the film industry, talked about her experiences of working with director Wes Anderson to create the props for the movie The Grand Budapest Hotel. Whether it’s innocuous props like a stamp (each passenger got to take home a printed stamp as used in the film!) or very prominent props like the Mendl’s “pattisserie” box (which should be spelt with one t, not two, as Annie learnt the hard way after Wes spotted her typo halfway through the movie – after about 200 scenes had already been shot featuring her beautifully hand-lettered box), Annie provided a great insight into the effort that goes into making movie props that are truly authentic. 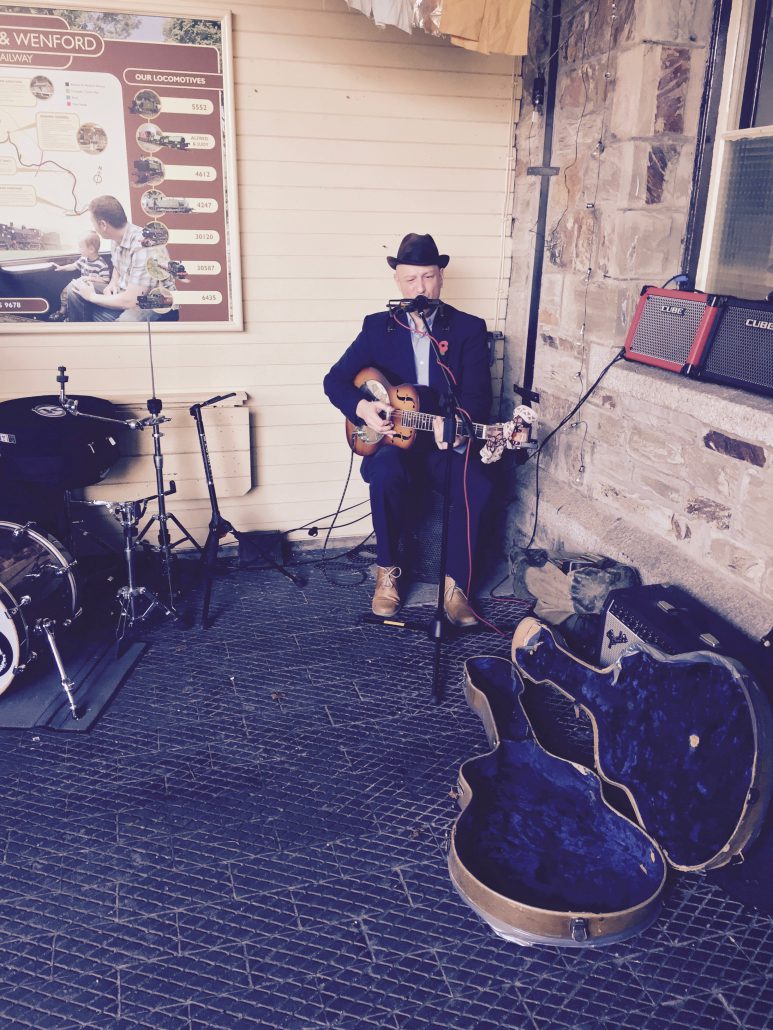 And all of this was just happening on the train. On the platform, musicians like Tom Dale and The Mighty Spectres provided the perfect soundtrack to an unforgettable evening, while The Kitchen provided delicious nourishment (there was a whole deer lying on a butcher’s block being expertly ‘dismantled’ as the train left the station, and it was sizzling on the BBQ as the train pulled back in). 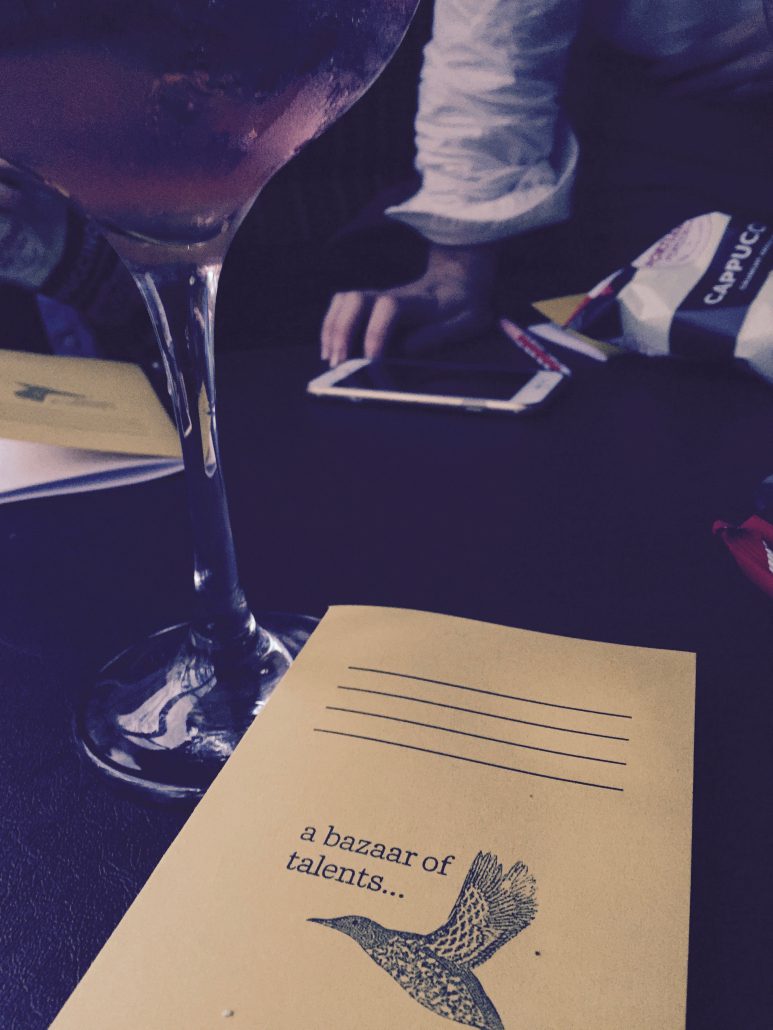 One of Stranger’s straplines is “a bazaar of talents…”, and Strangers on a Train was just that – from the organisational talents who planned this event to all the wonderful people who contributed on the day to make this such a special happening (and yes, I am unashamedly including a proverbial wink to the handsome conductor in the smart First Great Western uniform here). Thank you Strangers, you well and truly delivered on your promise!