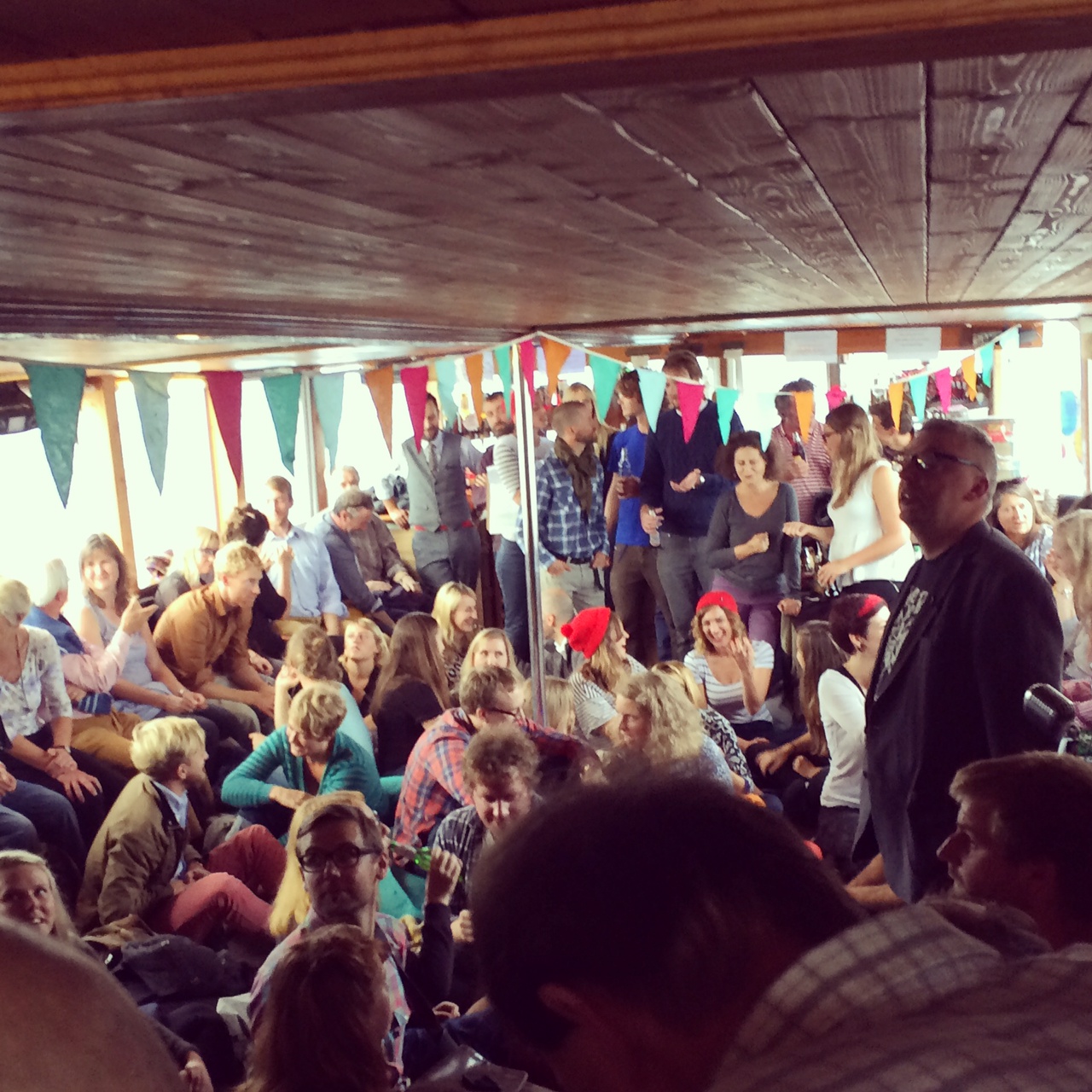 As our little ferryboat makes it’s way out to rougher waters along the shores of the Falmouth Estuary, we feel a sudden blow. Some people sway, some almost tumble over, holding on to the wooden ceiling or to the person next to them. Sounds of astonishment and shock resonate across the well-filled little boat come conference room; then quickly disperse into laughter. “Do we have any casualties?”, asks John Osborne, one half of the screenwriting duo that has created a new sitcom called “After Hours” for Sky TV. “Ok, we’ve been hit by a boat – let’s just pretend it didn’t happen and move on.” A reaction, that couldn’t be more British.

Surprisingly, the unlikely event of colliding with another boat on the River Fal on a Friday afternoon in early October didn’t feel too strange at all. We had just listened to the first speaker of Stranger Collective’s floating summit of inspiration, appropriately titled “Raft”: Kyra Maya Phillips, a writer, innovation strategist and co-author of the book “The Misfit Economy”, took us into the underworld of 18th century pirates. Using their sneaky and extremely clever strategies to capture ships as an example, Kyra explained what we can learn about innovation and productivity from the underbelly of society. Was the collision perhaps part of Stranger’s conference schedule to put the learned to practice there and then? Apparently not.

The whole day was packed with plenty of deliciously inspiring moments. In the spirit of Stranger Collective’s concept of “feeding”, – taking every tenth working day off to indulge in a random creative endeavor – we were being fed very well. Did you know for example, that we are blind for up to a third of a second when moving our eyes very quickly, allowing magicians to play visual tricks on us during this fraction of a moment? Or even more outrageously, that there is a conspiracy amongst British birds that submits our very own Cornish seagulls to domination by vicious city pigeons? Hip Hop made out of Cornish vinyl records? Any doubts about or mental resistance to the unlikely and unknown were gently puffed away by a generous offering of Sipsmith Gin and fair trade rum from New Dawn Traders. The creative power of Raft transcended our expectations, blew our minds wide open and left a nice, warm sensation of tickling inspiration.