Localising for the German market: A case for gender-inclusive language 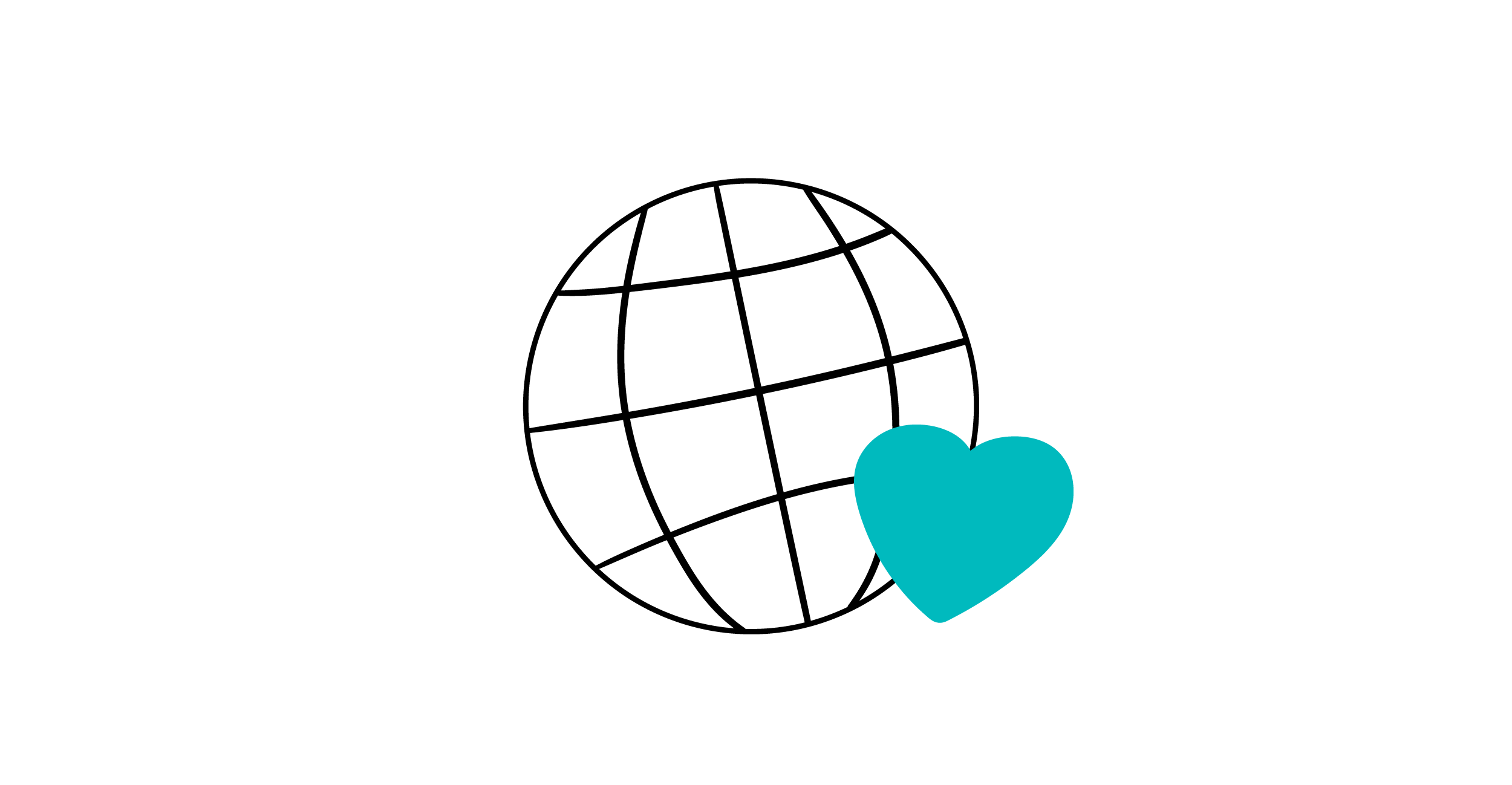 You may have noticed that the conversation around gender is shifting on a global scale. Gender-related aspects can be reflected in your products, your marketing, and even your processes in ways you’ve never imagined. Organisations willing to see the bigger picture and openly respond to this change can break new ground for customers and employees alike and reap serious benefits. One step in the right direction is considering the effects of gendered language and advocating gender-inclusive communication.

What is gendered language?

In modern-day English, there is no such thing as a grammatical gender. Rare exceptions apply when a word refers to a biological sex, such as “woman” or “man”. By contrast, German – a gendered language – features masculine, feminine and neutral nouns. The often-arbitrary association of a word with a certain grammatical gender can be confusing for native English speakers. Anglophones unfamiliar with the German language might, for instance, be left perplexed as to why “girl” is a neutral noun (das Mädchen), while “boy” is masculine (der Junge).

In English, one example of using gender-specific words would be when talking about professions (e.g. landlord, policeman). Even then, speakers of English can often make use of gender-neutral terms to avoid the problem entirely. Rather than “policeman” or “policewoman”, you can simply say “police officer”. The same goes for “salesperson”, “firefighter” and “flight attendant” – the list goes on.

Translating from English into a gendered language

German speakers find themselves in a different situation. As such, translators working from English into German must often decide whether the person in question is male, female or non-binary. Let’s stick with the example of professions. In English, a person can just be a “translator” without any indication of their gender. In German, you have to choose between “Übersetzer” (masculine) and “Übersetzerin” (feminine) – there is no neutral option.

Although it’s far from being a novel topic, the use of inclusive language continues to spark heated debates across Germany. While some applaud it as a liberating linguistic revolution, others argue that using gender-inclusive language is at best a waste of time and at worst will lead to the demise of the language (spoiler alert: it won’t).

Typically, the “generic masculine” form of a word is still used to refer to all genders. In German, this generic form not only denotes men, but also mixed-gender groups or people whose gender is unknown or not specified. 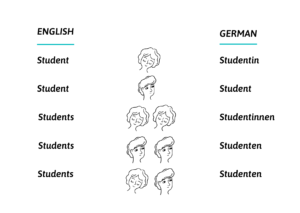 The argument is that the female or non-binary form is “also always implied”. Yet psycholinguistic research consistently disproves this, suggesting it makes “readers or listeners think more of male than female exemplars of a person category”.

Times (and language) are changing

The winds are changing, though. More and more companies and public bodies in Germany are convinced that linguistic equality and inclusive language are in keeping with the times. Back in 2017, the Federal Constitutional Court officially recognised there are more than two genders. So it’s high time we thought about how to best reflect the diverse reality around us in the way we communicate.

As a team of language lovers who care deeply about creating top-quality translations and treating all people equally, using inclusive language is no longer a question of “if” but “how” at AJT. We want our carefully crafted texts to be accessible and engaging. Everyone should feel included.

As a company, we are always happy to provide clients with background knowledge on the use of inclusive language. Together, we can decide on the most suitable approach for a given project. Besides asking for gender-neutral language, our clients also have the option of providing a style guide specific to their brand.

Our efforts don’t stop there. Keen to give our linguists a “toolkit of gender-inclusive language”, we recently called upon Sigi Lieb to help us tackle the gender dilemma with creative flair. In a tailored workshop, the communication specialist showed us how to replace the generic masculine with precise and elegant alternatives.

One example was a slogan for a colourful eye make-up palette for an inclusive beauty brand – “Channel your inner superhero!”. A literal translation would have rendered the “superhero” male by default. Alternatively, we could have used “Superheldin” (female superhero/superheroine), but that would have excluded all male and non-binary make-up lovers. Lieb’s suggestions highlighted ways of avoiding the problem altogether:

Why is gender-inclusive language important?

Language influences how we think and act. It creates a narrative in our head. If only men are mentioned, our mental images reflect this. Numerous studies show that most people have a man in mind when a “male job title” is mentioned. But if the female designations are also used for what are thought to be typical male occupations, more girls can imagine pursuing that career path. The same applies to boys with regard to “typical female occupations”.

As recent research continues to “highlight unconscious gender bias” and show “that children are still affected by gender stereotypes”, it seems even more important to tackle this issue head-on.

Using gender-inclusive language is not about “talking fluff”. It’s about making everyone visible and showing respect, regardless of gender. It’s about breaking down gender-specific stereotypes and assigned roles. The use of gender-appropriate language implicitly shows that all genders can do or be one and the same thing.

How can we translate into German using gender-inclusive language?

Perhaps the most important rule is to write for all genders. Consider those who exist beyond the fixed constraints of “woman or man”, such as transgender, intersex or non-binary individuals.

Besides umbrella terms, synonyms, collective nouns and participles, you can use creative paraphrasing or plural/neutral forms rather than opting for a gendered term. There is a plethora of options for saying the same thing without distracting the reader’s attention or disrupting the flow of your text.

The least intrusive way is undoubtedly neutral formulations. No gender is assigned to the group of people described. For example, instead of using “Lehrer” (male teacher) or “Lehrerin” (female teacher), you can write “Lehrkraft” (teacher/teaching professional).

Pros: Gender-neutral wording is easy on the eyes, saves space and – in contrast to most other forms of gendering – also includes non-binary people.
Cons: If there’s no neutral term available, linguistic talent and creativity is required to form appropriate expressions.

In this case, both the masculine and feminine forms are used. For example, a company director addressing their workforce might say “Liebe Kolleginnen und Kollegen” (Dear (female and male) colleagues).

Pros: This form might be a good solution for a more conservative readership. It is easy to use and makes it explicitly clear who is being addressed, i.e. both females and males.
Cons: It makes texts much longer. What’s more, gender-inclusive language should also encompass those who identify as non-binary, not just males and females. Only then can we truly speak of inclusive language.

The use of special characters

Special characters such as the Gendersternchen (*) or so-called “gender colon” can offer a neat solution that covers all genders. The asterisk for example symbolises all genders that have no grammatical equivalent and is placed between the masculine and feminine word endings. So, “Teilnehmer” (participant, masc.,singular or plural) becomes “Teilnehmer*in (singular) or “Teilnehmer*innen (plural)

Pros: Besides addressing those who do not fit the female or male gender, this easy-to-use solution doesn’t make texts much longer.
Cons: Screen readers often misinterpret asterisks and colons, causing difficulties for those with visual impairments or reading disabilities.

Why does gender-inclusive language matter for brands?

The language we use sends out a signal that can ultimately have both a positive and negative impact on the company’s overall brand identity. Adopting a gender-inclusive strategy gives a brand a better chance of being perceived in a good light. As established above, the use of the generic masculine makes most people initially think only of men. By adopting a gender-neutral style, companies can address a greater proportion of their target audience, such as those who identify as trans, inter or non-binary.

Using gender-appropriate language in job advertisements can lead to more applications from women and non-binary people and thus foster a more diverse corporate culture. This could benefit particularly male-dominated industries such as the IT sector, in which many companies are feeling the current shortage of skilled workers.

Especially in marketing, which essentially boils down to communicating with customers, using language that appeals to as many people as possible makes a whole lot of sense. Having been exposed to gender-inclusive language growing up, younger audiences in particular take gender-inclusive language as a given. An advert in the generic masculine could well make a brand look old-fashioned to the youth of today – the target customers of the future.

As things stand, there is no one-size-fits-all solution. Yet adopting any of the options outlined above is, in our humble opinion, better than always using the generic masculine. Indeed, doing so constitutes one step of many on the road towards a society in which everyone feels equally seen and accepted. One step at a time, we can contribute to fostering a more inclusive environment.

This site is registered on wpml.org as a development site.