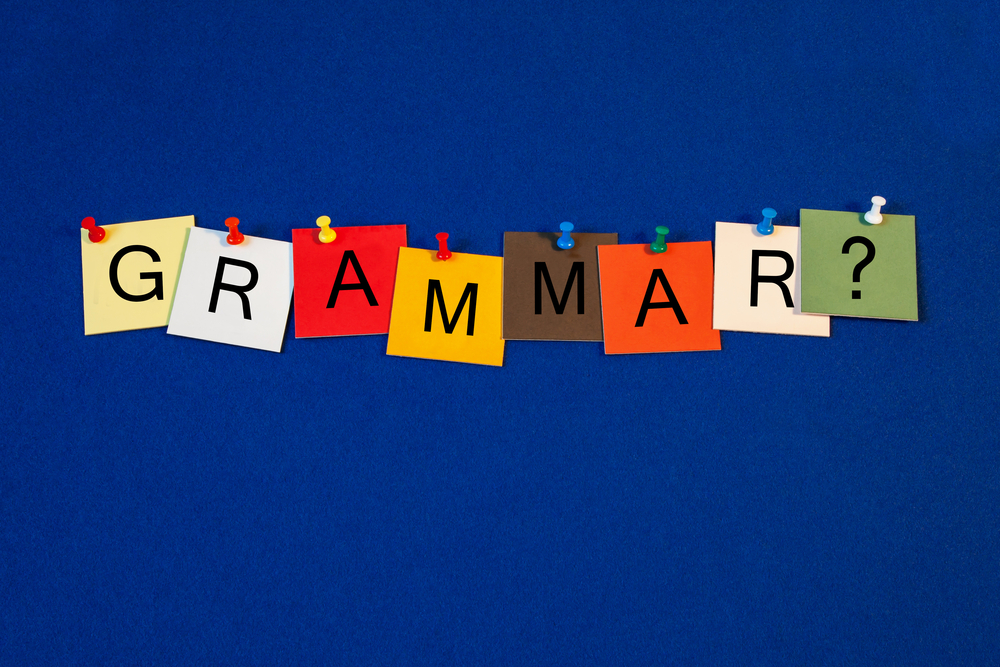 When it comes to communicating with each other, grammar plays a role of the utmost importance; without grammar, we would be unable to construct intelligible sentences. However, as an active part of any language, grammar is bound to evolve with time, and not everyone experiences this change in the same way. Find out if you side with prescriptivists or descriptivists. 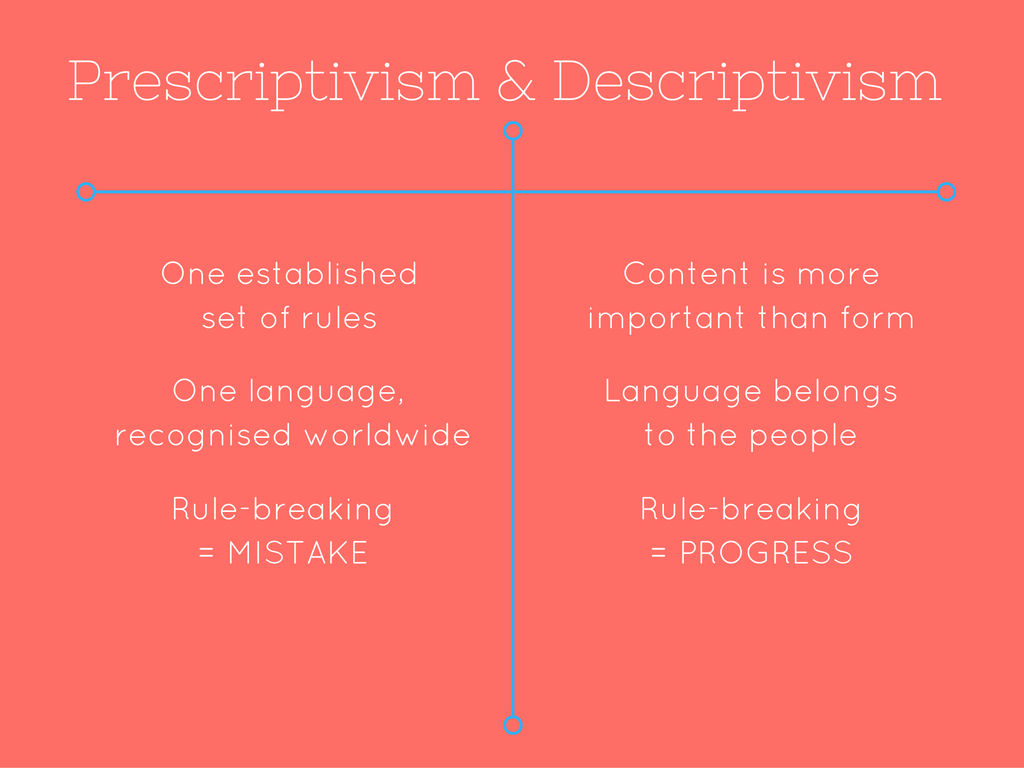 Whose side are you on?

Imagine you are queuing in a supermarket, and you notice a sign above the till that reads “10 items or less” (instead of “fewer”, which, as English grammar books will tell you, should be applied for quantifiable, or countable, objects).

Now, if reading that sign made you want to throw your groceries out of the window, chances are you have prescriptive views. Linguistic prescription (or prescriptivism) is the idea according to which a language should have one proper form, with an established set of rules that should not be transgressed, neither in writing nor in speaking. In the eyes of prescriptivists, breaking these rules equals being in the wrong. A few centuries ago, when writing started gaining importance as a means of communication, a standardised language had to be created, as a way for people in different parts of a country to understand each other. Unsurprisingly, the language used by people in power, or high in society, was the one chosen to fulfil this role. With time, it became recognised as the “proper” language: linguistic prescription was born.

If, on the other hand, the admittedly incorrect sign doesn’t bother you, you are most likely to be a descriptivist. Indeed, descriptive linguistics, as the name indicates, describes language phenomena rather than advocating them. Descriptivists recognise the fact that language belongs to its speakers, and that it is bound to change: they believe content is more important than form when it comes to sharing information. In other words, as long as the person you are speaking to can understand you, proper use of grammar is not of prime importance. To descriptivists, breaking the rules is simply evolution.

So in the end, who’s right?

Although it might seem that the two schools of thought contradict each other, they are not necessarily mutually exclusive, and we need both of them in order to study linguistics as well as to learn new languages. According to the web-based publication Ethnologue, there were as many as 942 million English speakers in the world in 2015, but only a little over one third were native speakers! The remaining 600 million are scattered across hundreds of countries, with their own culture, references, and accents, which inevitably get incorporated into the way English is spoken and written. Hundreds, if not thousands of different world Englishes exist, and descriptivism studies all of them as an observer.

However, in terms of language learning, prescription has the advantage of creating a standardised language, even if it does get renewed every so often – let’s consider the fact that the proper spelling of “bird” was “brid” in Old English. This standardisation not only makes communication a lot easier when travelling to other countries, it has also allowed English to become the “Lingua Franca” in most countries, meaning it is the language the most widely used between speakers from different countries.

Which school should translators choose?

As a marketing translator, the best choices come from observation. The grammar used by your client reflects their personality, their brand, and they want all of their customers to experience this brand in the same way, no matter which language they speak. However, what could be acceptable in one language is not necessarily acceptable in another. It is thus very important to adapt the tone and grammar in the target language. Read their content carefully and ask yourself, “Do they use abbreviations? Are they making up words to suit their products?” If so, you can feel free to be creative in your target language if it sounds acceptable. If not, always think about you own experience as a customer to think about what your target audience might expect from this brand.

Always remember, choosing words is like choosing an outfit. Do not translate a suit into shorts and flip-flops!