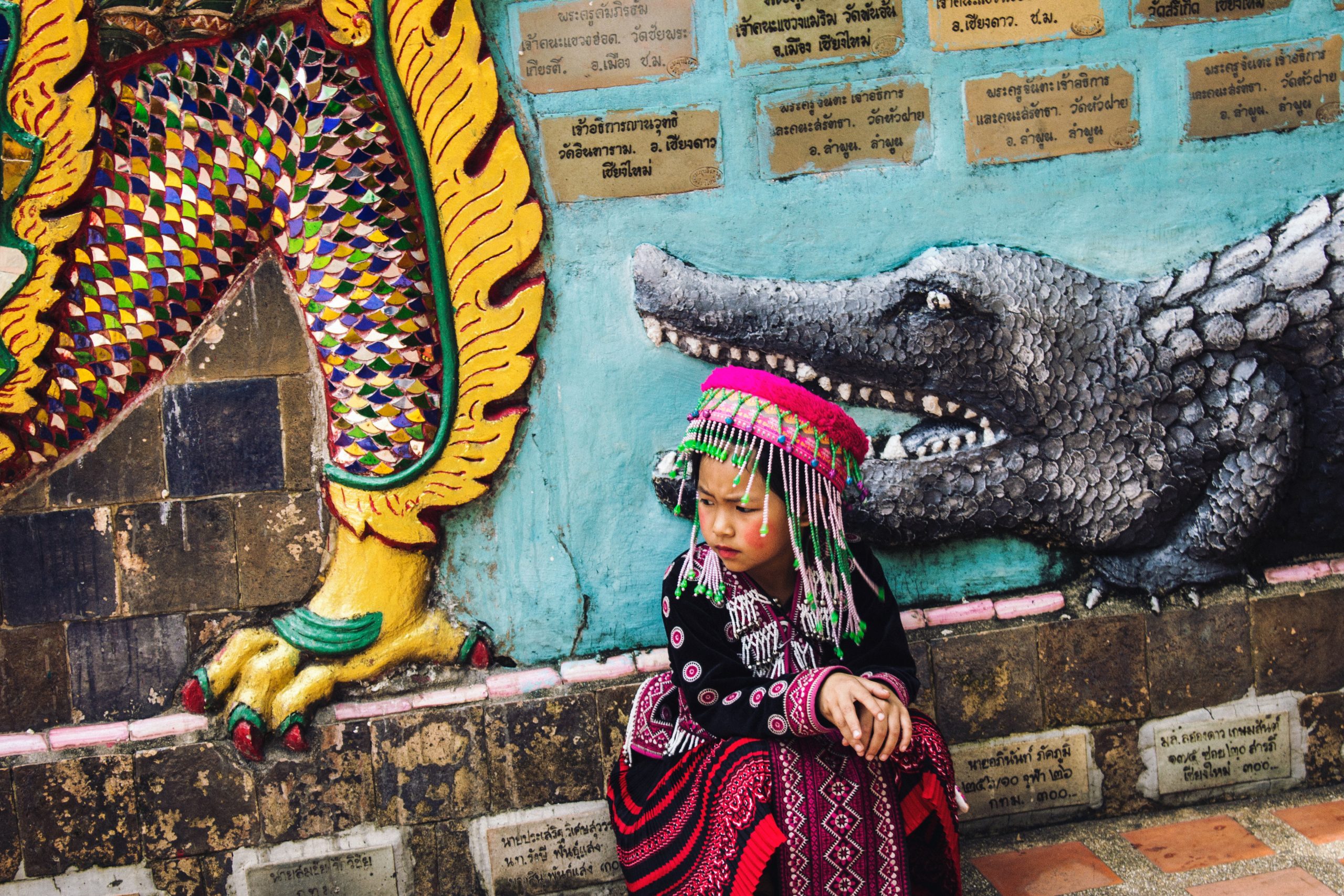 To be polite when speaking to Thai people can be quite tricky because in Thailand the word ‘please’ (‘กรุณา’) is hardly heard in normal day life. Normally in English we would say ‘Can I have…..please?’ but in Thai we would just say ‘เอา (ao)’ which means ‘I want’ instead.

But even though the word ‘please’ is not used very much, Thai is actually a very polite language and we have other ways of expressing politeness, for example by adding extra words (called particles) that have a special meaning.

The most important word to know is ‘ค่ะ(Ka)’ (for women) or ‘ครับ(Krub)’ (for men), which should be said at the end of almost every sentence to be polite. For example, when you bump into someone on the street you wouldn’t just say ‘ขอโทษ (kor tod)’ which means (sorry/excuse me) on its own, you have to say the word ‘ค่ะ(Ka)’ or ‘ครับ(Krub)’ at the end of your apology to be very polite. The same happens when you say ‘สวัสดี(Sa-wad-dee)’ (Hello), ‘ขอบคุณ(Kob-Khun)’ (Thank you), ‘ไม่เป็นรัย(Mai-pen-rai)’ (never mind/you’re welcome) and pretty much anything else.

In everyday speech, the ‘r’ sound in ‘ครับ(Krub)’ is dropped so it sounds more like ‘Kub’. And sometimes the short ‘a’ sound in ‘Ka’ is dragged out to be a longer ‘ah’. Both ‘Ka/Krub’ can also be used on their own as a polite way to say ‘yes’.

‘ค่ะ(Ka)’ and ‘ครับ(Krub)’ are really important things to remember, but there are many more complexities when it comes to being polite. For example, there are pronouns that have to be used appropriately. In English there might be just one word for something but Thai will have a significant array of words with varying politeness. For example, if you want to translate the word ‘eat’ into Thai, you would have a choice of using:

So, even though the word ‘please’ isn’t used much in everyday Thai, politeness is expressed through particles and pronouns and expressing politeness plays an important role in Thai culture.

Did you enjoy this article? You might interest in our blog which explains 10 common Thai proverbs and what they mean in English.

About the author: Poi Tongchai is a 15 year old student at Richard Lander School in Truro  where she currently studies English, French and Chinese for her GCSEs. She loves the city and the beach and hopes to work as a translator or teacher in the future.