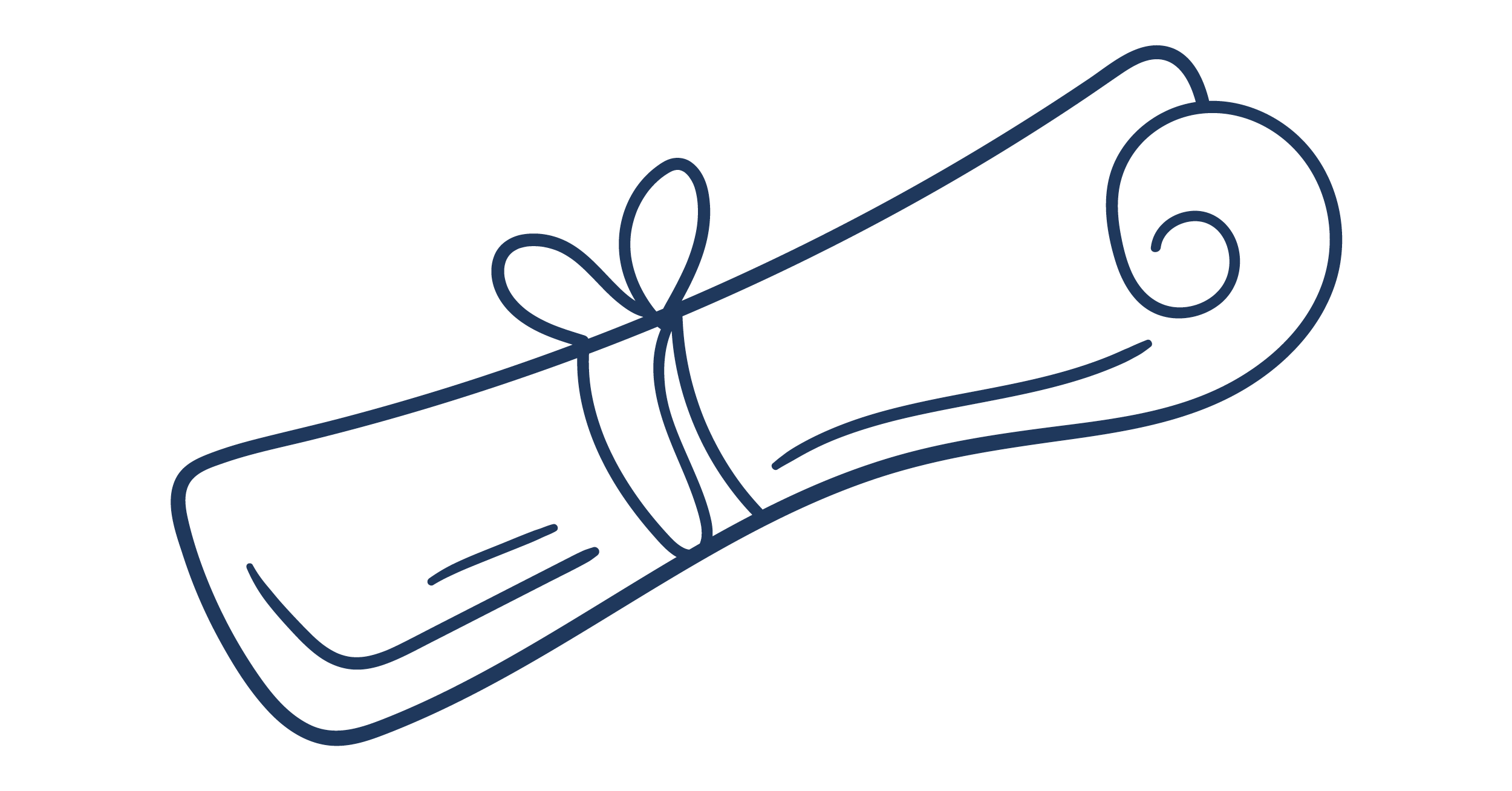 It’s not often that I get goose bumps during a presentation at a language industry event. But as I sat and listened to Mandy Hewett’s talk entitled ‘Collaborative translation for the future of New Zealand’ about a group of volunteer translators who set out to translate one of New Zealand’s most important documents into 30 languages, the hairs on my arms started to stand on end. It’s a story of collaborating for the greater good. It’s a story worth telling.

But let’s start at the beginning. Back in 2015, the New Zealand Society of Translators and Interpreters (NZSTI) was celebrating its 30thanniversary and wanted to mark the occasion by doing something special; something that would showcase the high quality and professionalism in translation that the society promotes. Shortly after, the Treaty Times 30 project was born. The idea? To translate the Treaty of Waitangi, New Zealand’s founding document, into 30 languages.

What is the Treaty of Waitangi?

The Treaty of Waitangi was a document produced by the British Crown in 1840 which set out British sovereignty over New Zealand. In order for the indigenous tribes to understand what the Treaty, written in English, said, Lieutenant-GovernorWilliam Hobson tasked Henry Williams, a native English speaker, to produce a translation into Māori overnight! Even by today’s translation industry standards, that’s a rush job and a half. The incredibly short time period allowed for translation, the lack of revision by additional linguists, and the vast difference in the understanding around concepts like governorship and sovereignty between the British and the Māori, led to a deeply flawed translation. You might call it an off-the-charts translation ‘blooper’ – one that has since led to misunderstandings and resentment, disputes over land ownership, the confiscation of Māori lands, and not least the New Zealand wars which lasted for almost 30 years (1845-1872).

Today, both the English and the Māori versions of the Treaty are recognised in New Zealand. The Waitangi Tribunal was established in 1975 to deal with claims arising from the Treaty of Waitangi. The Treaty is fundamental to law and life in New Zealand – its principles apply to all citizens.

Translating the Treaty into 30 languages

Mandy Hewett is a professional translator who translates from Italian and French into English, specialising in environment, sustainability and ecology. Having grown up in England, Mandy now lives in New Zealand with her family. She was in charge of co-ordinating the translators on the Treaty Times 30 project, and she kindly agreed to talk to us about the highlights and challenges of this collaborative translation project.

Mandy, what sparked the idea of translating the Treaty into other languages and how did you decide which languages to translate into?

As you mention in your introduction, some members of the Wellington Branch of NZSTI were trying to come up with a way to celebrate the 30th anniversary of the founding of NZSTI and highlight the role of professional translators and interpreters. Ceci Titulaer, a Spanish <> English translator, came up with the wildly ambitious idea of translating the Treaty of Waitangi into 30 languages, one language for each year that the society had been in operation. At first everyone thought it was an impossible idea but then we realised it was the perfect way to achieve those aims and also for everyone involved to contribute something to New Zealand, the country that had welcomed many of us as recent immigrants.

The list of languages came from the translators themselves! We needed at least three translators for a language to be included in the project so we contacted all members of NZSTI to ask for volunteers. That gave us the list of languages and then, for any language that needed another translator or two, we contacted New Zealand University language departments, the Australian Society of Interpreters and Translators and finally New Zealand ethnic community organisations.

Translating any document into 30 languages is no mean feat. It must have taken a huge amount of organisation. Where did you start?

We started with an attitude of ‘let’s make this happen’ and by forming a great team of project organisers! Everyone on the project was a volunteer and there was no formal management structure – each volunteer organiser contributed the time and skills that they could. Then we made some key decisions: to translate both versions of the Treaty, the version in English and the version in te reo Māori, to publish the translations in book form, both physical and online, and to gift the target texts to the people of New Zealand. You can read the translations here.

You decided from the start to apply the translation industry standard of translation, editing and proofreading (TEP), to showcase the high-quality translation and professionalism that the NZSTI promotes.Can you tell us a little bit about how that TEP process worked in practice?

When all translators for that target language had completed their individual translations, the editing phase was started. They were given a shared spreadsheet containing all the translations and asked to work together to revise the target texts and produce versions that they agreed were the best possible. In most cases this was a combination of all the individual texts, improved by discussions (sometimes very long discussions!) about the best rendition of tricky terms and phrases. In a few cases, one of the individual translations was agreed as being the best and didn’t need very much improvement.

There was a tremendous spirit of cooperation and collaboration throughout the project but it was during this phase that it was most crucial and most evident. The translators dedicated hours and hours to discussions with their co-translators, putting aside an egotistical preference for their own translation and united by their desire to provide the best possible translation for fellow speakers of their  language.

The next phase was one of expert review. The project organisers directly approached ambassadors, lawyers and academics who were native speakers of the target language and asked them to review the target texts for appropriateness of register and terminology.

Finally, after the book was laid out, proofreading was done by one of the original translators for each target language and by a professional proofreader.

We can image that there was a lot of lively debate about how to express certain terms or notions.With at least three translators involved for each language, who had the final say on a translation, and did you have any particularly challenging cases where translators couldn’t reach a common verdict?

There was plenty of discussion and debate! However, the teams of translators reached decisions by mutual agreement in a very professional and respectful way in almost all cases. Each team was assigned a support person from the organising committee and in a few cases, the support person helped the team get past a sticking point. There was one language for which final agreement wasn’t possible. This was because of cultural differences resulting from historical circumstances in the country of the target language. In that case, one of the translators eventually withdrew from the project. That was very sad, but when you think about the scale of the project it was amazing that everything else was achieved so collaboratively.

What was your timeline for this project and how did you organise yourselves to keep track of translators, files and conversations? Did you have any particular tools you used?

At the start of the project, we hoped to have the book ready for publication on 30thSeptember 2016, International TranslationDay. That was a bit ambitious! In the end, the book was published in early February 2017 to coincide with New Zealand’s national day, Waitangi Day, which commemorates the signing, on 6th February 1840, of the Treaty of Waitangi.

To manage the project and keep track, we used an Excel workbook. We kept details of everything in different sheets in that one workbook: translators’ contact details, the status of each individual translation and the collaborative work in each target language, the names of the expert reviewers, the invitation list for the reception at Government House where the translations were gifted to New Zealand when the book was handed to the Governor General, everything! The workbook got quite large, but it worked very well.

In the collaboration stage, some teams used a shared spreadsheet for their collaborative work. Other teams found this tricky and used different methods: meeting in person, Skype meetings, tracked versions that were passed around.

Working on a voluntary project is different to working on a commercial project where translators get paid for their time. Was it difficult to keep everyone motivated and on schedule?

I wouldn’t say it was difficult but it did require time and effort. Of course, volunteers can only contribute when they have time, they have many other priorities. We were respectful of this and encouraged translators by keeping in touch with them individually by email or by online meetings. I think this personal approach made a big difference.

Finally, are there any lessons you learnt from participating in this project that have proved useful in your own translation work?

One of the hard things about being a freelance or independent translator can be working in isolation. Working on this project reminded me how great it is to work in a team of like-minded people and that it is important to maintain a network of colleagues. I actively pursue this whenever I can. At the ITI Conference, I noticed that the concept of working with at least one other translator was the subject of several presentations and also of lots of informal discussions. I think this is a trend we will see more of in the near future.

Collaborative translation for the greater good

The Treaty of Waitangi governs the relationship between Māori, New Zealand’s indigenous people, and everyone else, and ensures that the rights of all of New Zealand’s citizens are protected. Understanding the contents of the Treaty and how it influences different aspects of New Zealand life – politics, economics and language, to name but a few – is a crucial part of the integration process for any immigrant. By translating the Treaty into 30 languages, all the volunteers who collaborated on the Treaty Times 30 project have created a valuable resource to help speakers of other languages gain a better understanding of the Treaty itself, and with that, of New Zealand’s history and culture in a broader sense. And greater understanding ultimately leads to greater cultural sensitivity, mutual understanding and social cohesion.

The Treaty Times 30 project is without a doubt a wonderful example of the power of collaborative translation. New Zealand’s professional translators came together as volunteers and, using relatively simple tools like email, Skype and one master spreadsheet, produced a translation piece of huge cultural importance. It just goes to show that when we all pull together and dedicate a little bit of our precious time, we can achieve great things that are much bigger than the sum of their parts. I for one take my hat off to the over 100 translators who made this project happen – you are true translation rock stars.

This article was first published in June 2019 and has since been updated for accuracy.