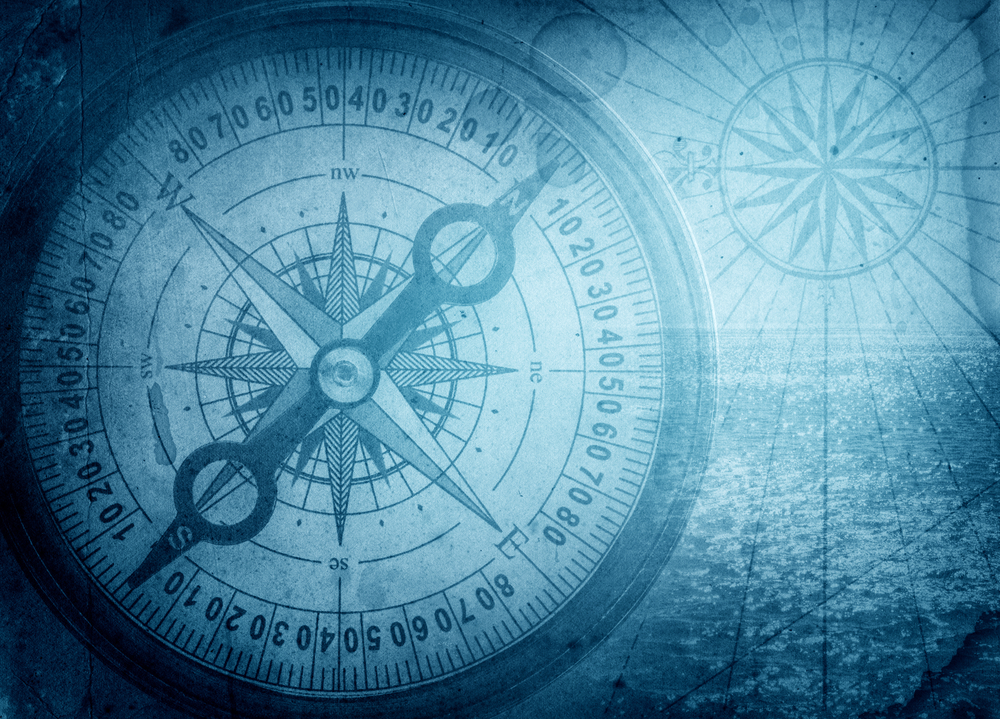 Here at AJT, we live and translate by the sea. Every day we’re inspired by our relationship with the ocean, so we thought it might be fun to have a look at where some of the nautical terms found in our daily vocabulary originated. Some expressions have quite an obvious nautical connection: to know the ropes (to understand the procedure), to batten down the hatches (to prepare for a crisis), to be a loose cannon (to be out of control or unpredictable and likely to cause damage) or to give something a wide berth (to keep a safe distance) – you can quite easily see the connection there.

But there are plenty of other less apparent terms which you might not immediately associate with Britain’s seafaring past, so here’s our top 10:

But closer to its original Old English nautical meaning of to capsize or founder (in fact ‘whelm’ comes from the Old English verb ‘qhelmen’, to turn upside down) is the notion of being submerged or drowning beneath a huge mass of something, especially water – a small sailing boat could easily be ‘overwhelmed’ by huge waves – and in this way we continue to use ‘overwhelm’ in the way it always has been.

If you’ve ever woken up from a poor night’s sleep or suffered from a heavy cold, you’ve probably found yourself feeling a bit dazed and weak, a bit ‘groggy’ perhaps?

But ‘groggy’ was first used to describe sailors who had drunk too much ‘grog’, a watered-down rum and water mixture ordered by a British Admiral in the 1800s. His nickname being “Old Grogram” due to the type of coat that he wore, naturally the term ‘grog’ was born, and it is still used today to describe an alcoholic drink. But whereas back in the 19th century ‘groggy’ described the state of being intoxicated, today we would refer to a person as drunk, legless or plastered, using ‘groggy’ to describe the feeling the day after indulging in a night of excess.

We can describe a person who comes across as distant or withdrawn and who may be seen as unapproachable and perhaps standoffish (or detached), as ‘aloof’.

‘Aloof’ actually originates from an old Dutch word ‘loef’ which meant ‘windward’ and was used when an individual vessel within a fleet would sail higher to the wind meaning it was drawn apart and sailed further away from the rest of the fleet.

If a person tells you to ‘pipe down’, they’re telling you in no uncertain terms to stop talking and be quiet!

In nautical terms, though, ‘pipe down’ was the name given to the last signal each day from the bosun’s pipe or whistle. The bosun, or boatswain, being the foreman of a ship’s crew, would sound the the ‘pipe down’ signal to signify time for lights out and silence below deck.

5. To fathom something out

When a person is attempting to come up with a solution to a problem or to work something out, it can be said that they are trying to ‘fathom it out’.

In nautical terms, a fathom is a six-foot (1.8-metre) measure used to determine the depth of water at sea with ‘to fathom’ being the act of taking the measurement. So, when you’re ‘fathoming something out’, you’re trying to get to the bottom of it – which makes perfect sense, when you think about it.

6. To be taken aback

We are said to ‘be taken aback’ when we find ourselves taken by surprise by something we really weren’t expecting.

However, the phrase originates from a nautical situation in which a ship finds itself heading up into the wind with its sails pressed back against the mast (said to be ‘aback’). With the wind on the wrong side of the sails the ship finds itself forced astern (backwards), a perilous situation for the crew.

7. Something is in the offing

When something is ‘in the offing’, it’s imminent, it won’t be long before whatever is expected to happen, happens.

A sailor, though, would know that the ‘offing’ is the part of the sea that can be seen from land, although not that part nearest the shore. If a long-awaited ship was ‘in the offing, its arrival was imminent, and it’s easy to see how this sense has been carried through to its present-day usage.

‘By and large’ is a general term used to refer to the bigger picture – ‘By and large’ this blog post is a very informative read; It’s been a great holiday, ‘by and large’.

However, at one time sailors would use ‘by’ to mean ‘into the wind’ and ‘large’ to mean ‘off the wind’ so a phrase such as ‘by and large this ship handles quite nicely’ means that the ship sails well, both into the wind and off the wind, which seems like the best of both worlds to us.

We use ‘Hand over fist’ to refer to a steady and rapid gain and it’s most often used when talking about money – to make (or lose) money ‘hand over fist’.

However, the phrase started out life as ‘hand over hand’, a British nautical term for the act of moving quickly up a rope or hoisting a sail, which was a matter of pride and competition among sailors. It is thought that American sailors subsequently changed this term to ‘hand over fist’.

The ‘cut of one’s jib’ is used to make reference to a person’s, usually well-dressed, appearance – you may like ‘the cut of someone’ jib’.

In nautical terms the jib is the triangular sail stretched in front of the foremast. Warships often had their jib sails cut thinly so that they could maintain point and not be blown off course. If a captain sighted thin foresails on a distant ship he might decide that he didn’t like the ‘cut of his jib’ and would then take the opportunity to escape.

So, whether you’re a landlubber (an inexperienced seaman who would probably fare better on land), or a bit of an old salt (an old, retired or experienced sailor), we hope you’ve enjoyed reading this post as much as we’ve enjoyed researching it.